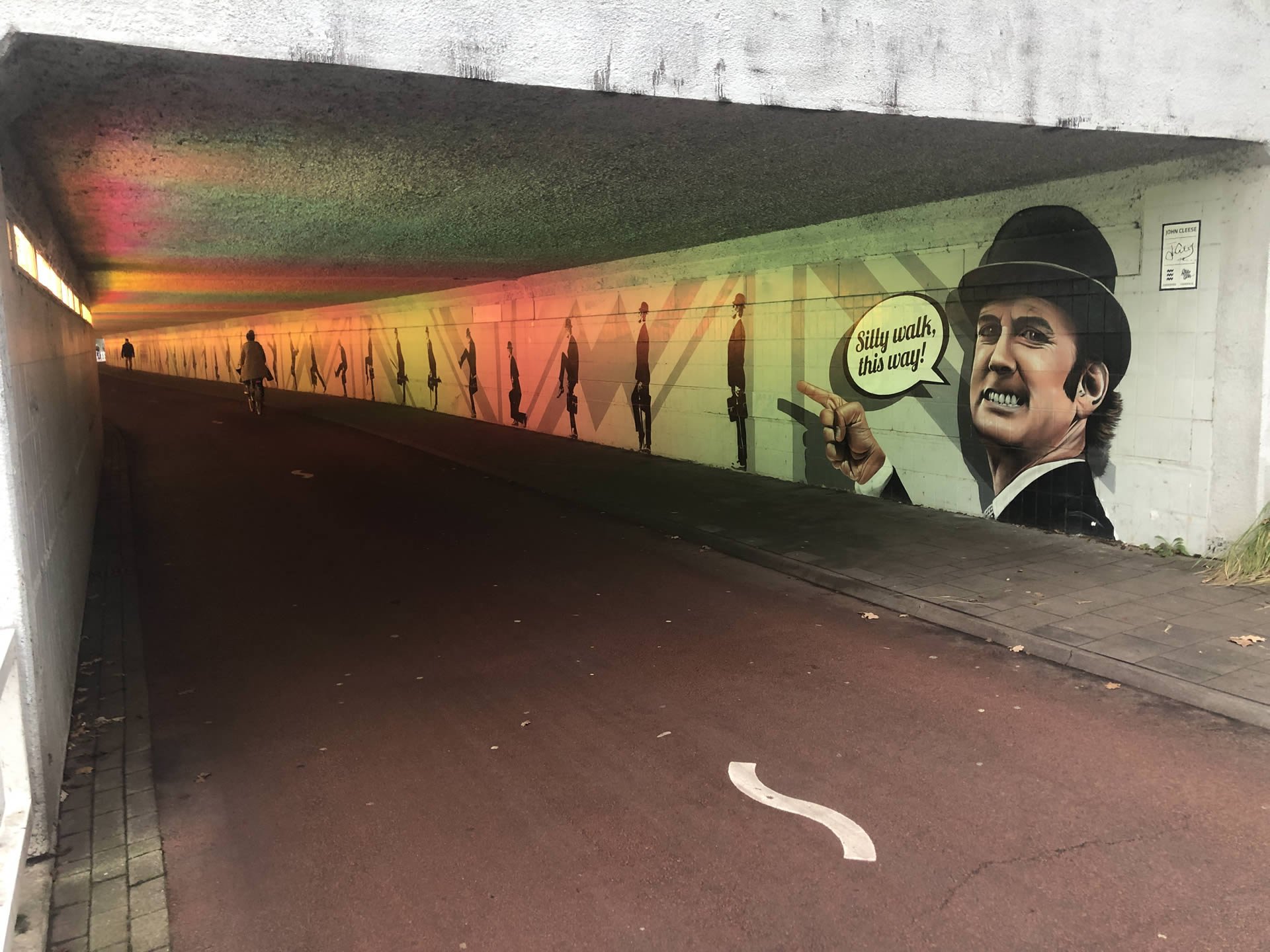 A tribute to Monty Python and especially to perhaps the greatest comedian of all time: John Cleese with his elastic legs. That is what you see when you enter the Silly Walks Tunnel in Eindhoven.Niels van Swaemen and Kaspar van Leek made the beautiful mural in 2016 in the tunnel that leads pedestrians and cyclists from Fuutlaan to Professor Doctor Dorgelolaan and vice versa.The two graffiti artists of Studio Giftig have been asked by the municipality of Eindhoven to decorate the tunnel. And they have done that with the 130 meter long Silly Walk. The mural shows the Silly Walk in 48 steps, taken from the Monthy Python episode ‘Face the press’.At the beginning and at the end, the artists spray painted a portrait of John Cleese that shows you the way, into the tunnel. The strange walks are depicted between the portaits.John Cleese was present at the opening of the tunnel himself, so his signature is on the entrance. He said to those present: “I never knew how silly you are”.