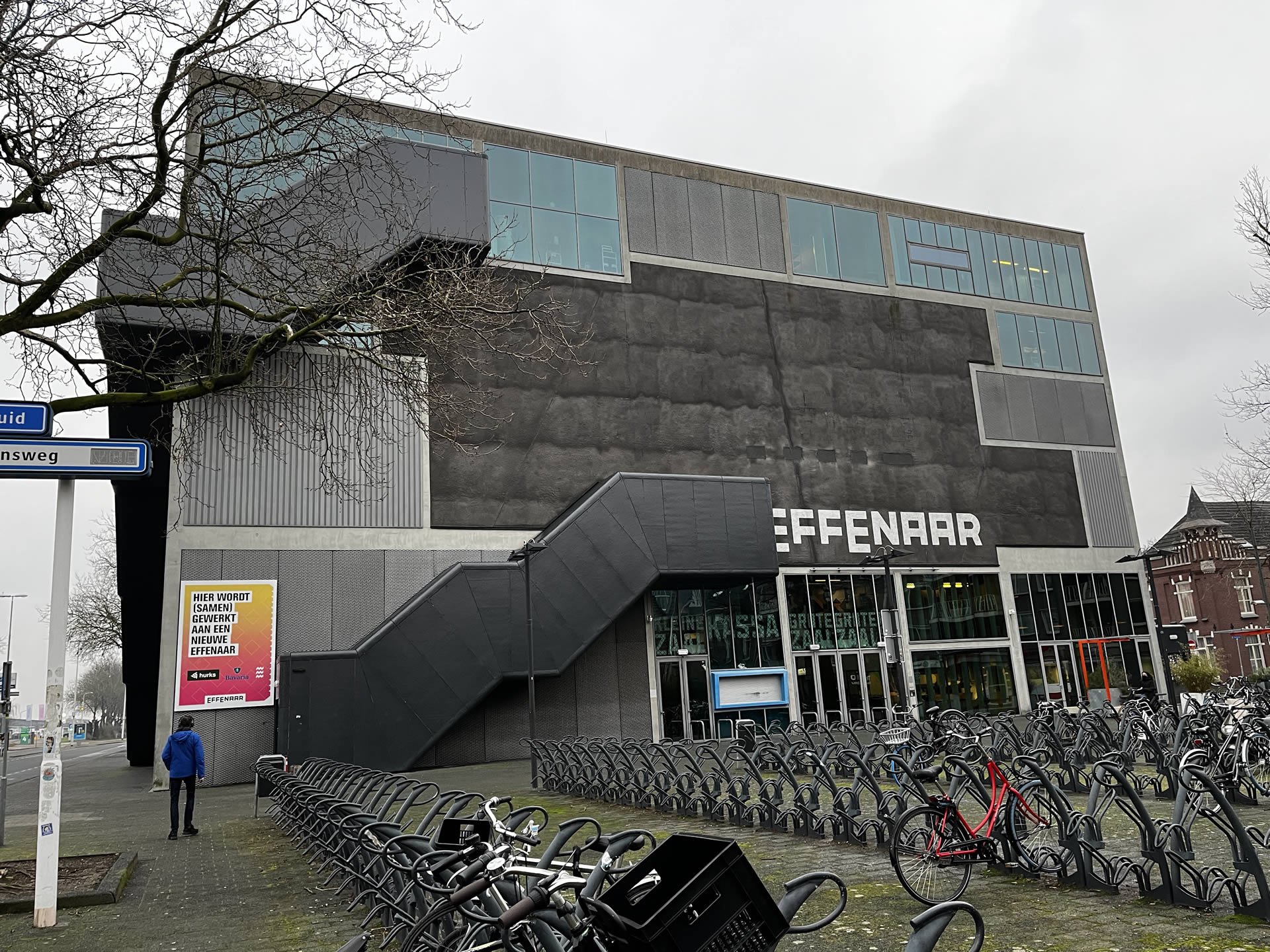 The Effenaar is an iconic music venue in the centre of Eindhoven. It was squatted in 1971 in the abandoned Van den Briel & Verster linnen factory on the Dommelstraat and has grown into one of the largest pop venues in The Netherlands, hosting rock, pop, hip hop and dance events.The current Effenaar, which replaced the original in 2005, has two music halls, a restaurant-café, and its own backyard. The brutalist building has 5 floors and was designed by the world renowned Rotterdam based architecture firm MVRDV.In the past 50 years, the Effenaar has hosted many large (national and international) acts such as Red Hot Chili Peppers, Ramones, The Cure, R.E.M., Sex Pistols, Queens of the Stone Age, Pearl Jam, Talking Heads, Limp Bizkit, White Lies and Lil Wayne.