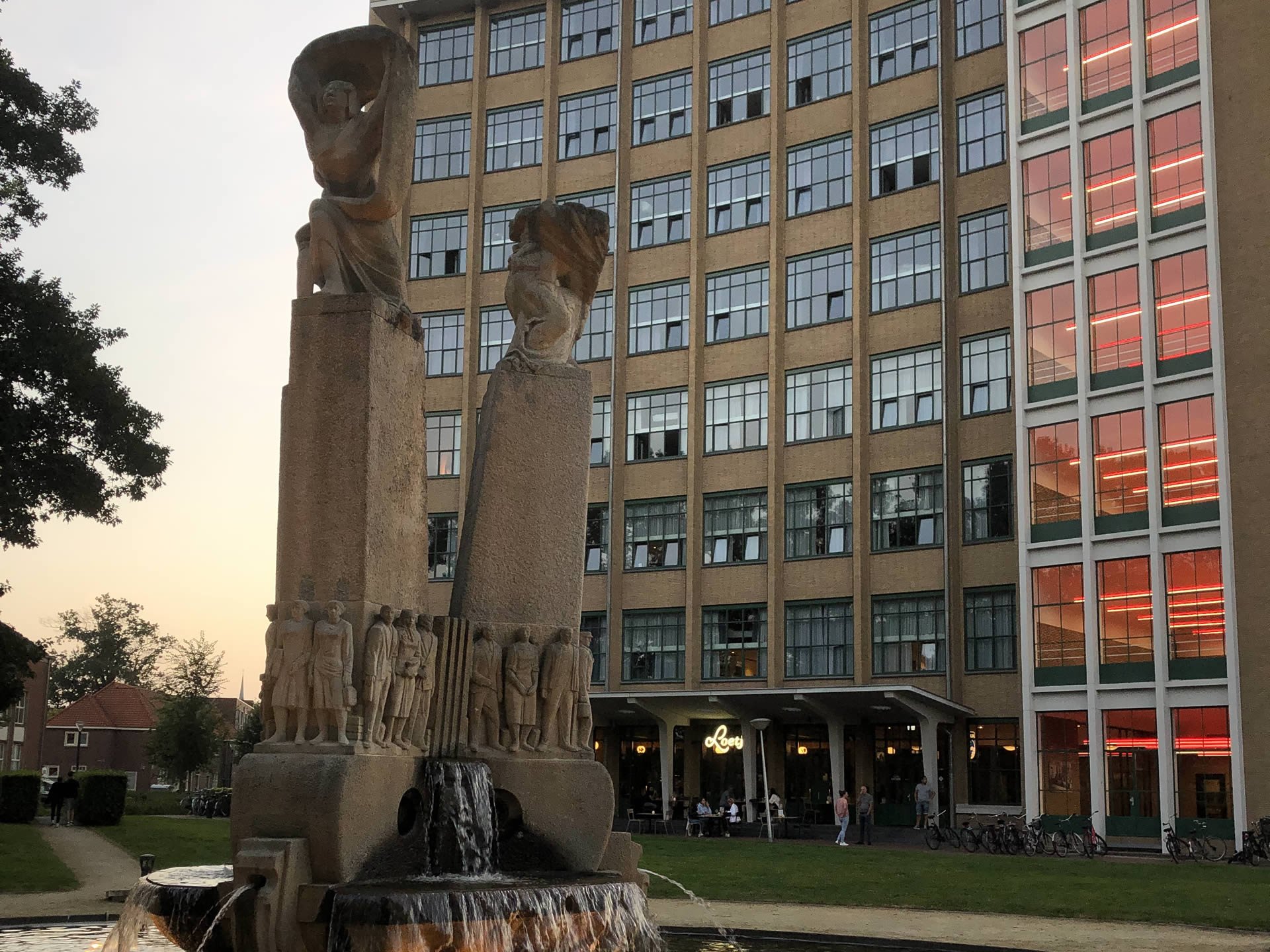 Panta Rhei is a monumental fountain presented in 1951 by the Philips staff on the occasion of the company’s 60th anniversary. It was placed in front of the then Philips Bedrijfsschool in 1953. The theme of the company is the cooperation of the staff, depicted on the fountain by the sculptor Hubert van Lith. Victor E. van Vriesland wrote three short poems for this fountain: Het Licht, De Roep, and Het Schouwen. These were chiseled in three stones arranged around the fountain. It is known as the most beautiful fountain in Eindhoven and is compared to the best fountains in Paris.