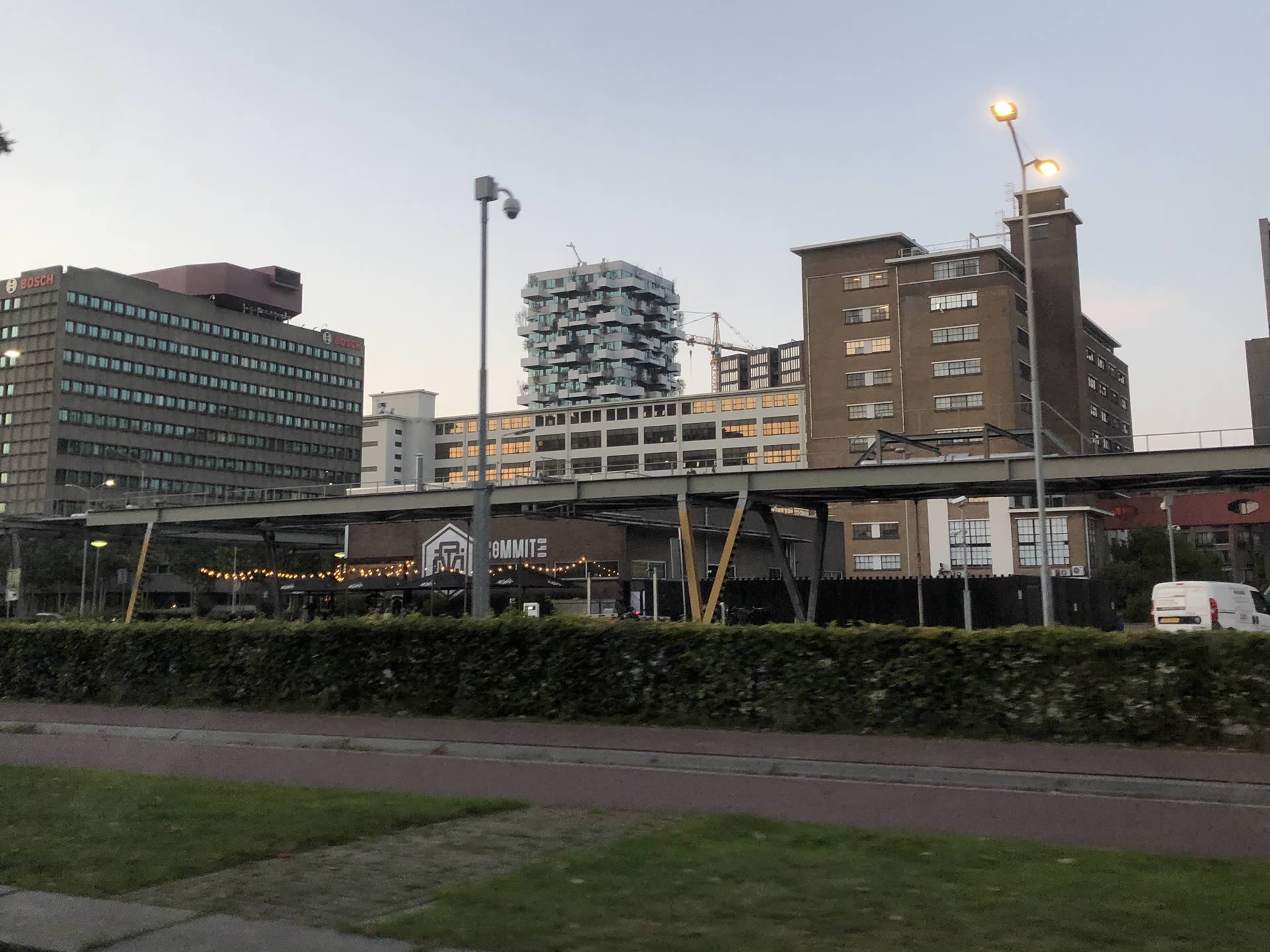 Strijp-S is a popular neighborhood and former industrial area in the Strijp borough of Eindhoven. The first factory on Strijp-S ground was built in 1916. Anton Philips had a glass factory buit for the production of light bulbs. As Philips grew, more and more factories were added, making Philips self-sufficient. From a cardboard factory to a storage warehouse, and from its own laboratory (the CD was invented here) to its own boiler house and engine room. Philips built everything they needed for their production at Strijp-S.

Philips grew enormously with the production of radios and later televisions. Every day around 10,000 people worked at Strijp-S, which was surrounded by fences and barrierrs. If you had no business there, you were not welcome. The are was therefore called the ‘Forbidden City’.

Since 2002, Strijp-S no longer belongs to Philips. The fences and barriers are literally removed and the Forbidden City opens up. Since then, the area is being redeveloped. The old factories now provide space for hundreds of creative entrepreneurs. These buildings have been transformed into offices and beautiful lofts for both working and living. In addition, other buildings have made room for new construction, lots of it. Between 2013 and 2021, the number of inhabitants grew by 868% from 185 to 1,790. Recently completed high-rise buildings such as Haasje Over, Trudo Toren and NEXT give the area a metropolitan feeling. With the 109 meter tall Niko tower, the tallest building in the city also is under construction there. Strijp-S furthermore has lots of unique shops and good restaurants, aswell as sports facilities and culture. It’s also easily reachable with its own train station, multiple bus stops and good location.

Make sure you visit this amazing neighborhood next time you’re in Eindhoven. Trust us, you won’t regret it, because there’s just nothing else like it.