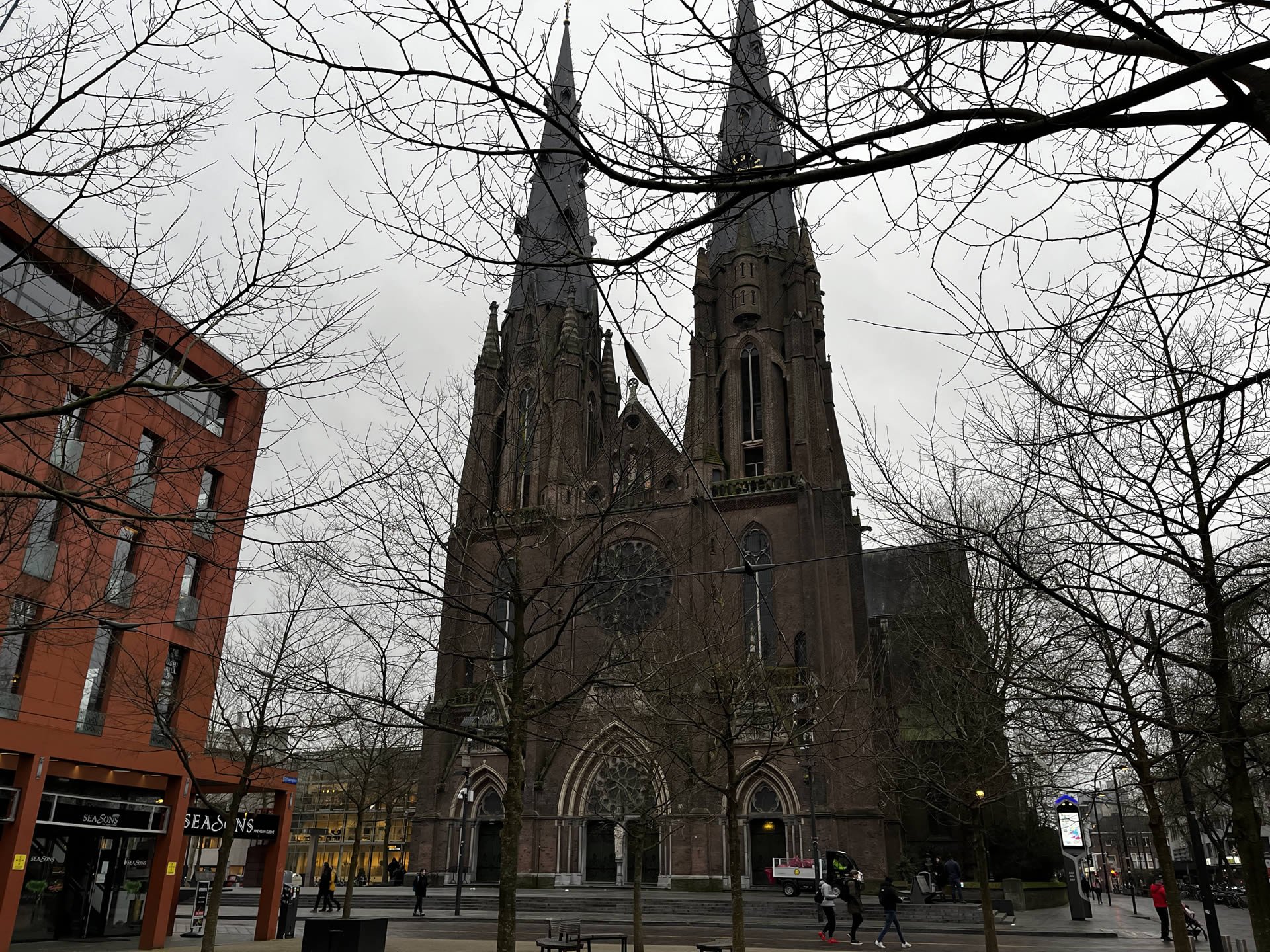 If you've seen the Rijksmuseum and the Centraal Station in Amsterdam, then you might also recognise the genius of architect Pierre Cuypers when taking in the striking Sint-Catharinakerk in Eindhoven, complete with turrets and gargoyles. Of the roughly 70 churches that Cuypers designed, this is definitely one of his most renowned. The Roman Catholic church was designed in neo-Gothic style and is dedicated to Saint Catherine of Alexandria. In 1867 it replaced another church which in turn replaced the original structure from 1420 that was destroyed by a city fire. Its two towers, named Maria and David, soar to a height of 73m each. In 1974 the city of Eindhoven claimed ownership of the church to ensure that this national monument is preserved for future generations. The church has two organs, one of them being the largest in the country. A small exhibit of old bones, skeletons, jewellery and household items also details an archaeological dig that took place here in 2002.

In front of the church lies the Catharinaplein, located between the main shopping area, Heuvel mall, Stratumseind and the Smalle Haven area. Next to the church lies the Kerkstraat which houses a number of shops, restaurants and a casino. Untill 1959, a synagogue also stood here, but it was demolished for a road widening that never took place.